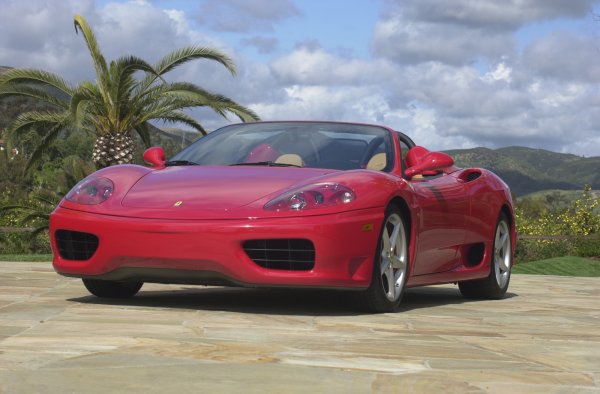 I couldn't believe my luck! Friend "Corvette Mike" Vietro had somehow got himself in a position where he was a partner on buying the first Ferrari 360 Modena Spider in California (3/21/2001) and was heading down from LA to show it to a prospective new owner in Rancho Sante Fe, just a few miles away. All I had to do was drive to a nearby gas station for my first look at the all new Ferrari Spider. Right about now, if you wanted one of these awesome machines, it would take about 3 years on the waiting list, maybe more! The price for a new one is only about $170k from a dealer, but if you want to bid for one RIGHT NOW it could cost more than twice that much. The problem is you just can't find them. "Can I drive it?" As soon as I see the car, I want to drive it. Pure greed (lust?) takes over. I'm imagining what 400 horsepower will feel like with the top down! I ask the question, hardly expecting to get a Yes, but out it comes like it was already assumed that I would be driving it. Of course: he would be driving my Ferrari 550 Maranello, so it was a good trade for both of us!
What I really liked:
Very nice lines, 400hp.
The sound of the thing! Much louder than the Maranello.
And it winds out to 8,500 rpm!
The operation of the top is a trip!
That big V8 under glass.
What I didn't like:
You gotta be kidding!

Here's what it looks like getting the top up. Very robotic!
That's "Corvette Mike" himself operating the top! 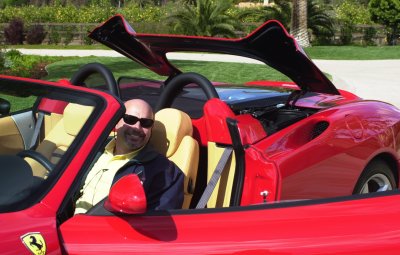 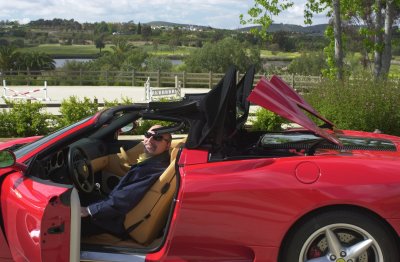 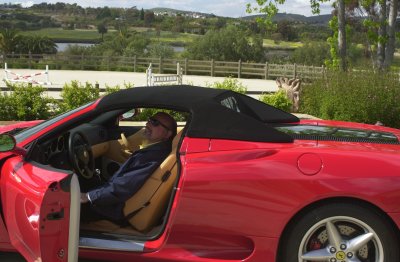 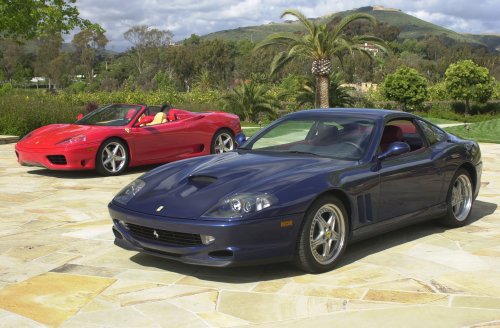 Here's my 550 Maranello posing with the 360 Modena Spider.
I can't resist an opportunity to take a picture of my ride!
Compared to the Maranello, the Spider feels loose. The Maranello is like no other automobile I have ever driven. It is completely solid in every respect. Rock solid and yet giving perfect feedback between road, car, and driver. The Spider has an all aluminum construction, is lighter, and the lack of a stuctural roof probably makes it more flexible. 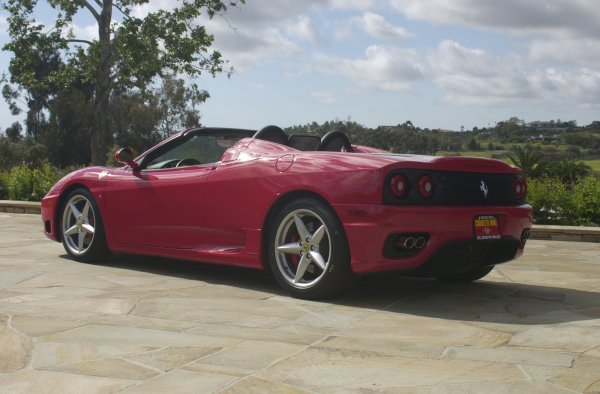 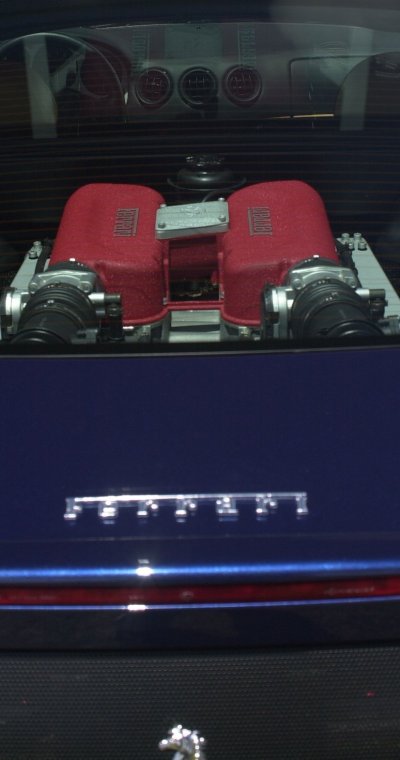 This Tour de France blue 360 Modena is owned by Steve Bischel
and was selected as the Ferrari Owners' Club "Members' Favorite"
at a show held in intermittent rain on 3/21/2001 in San Diego. 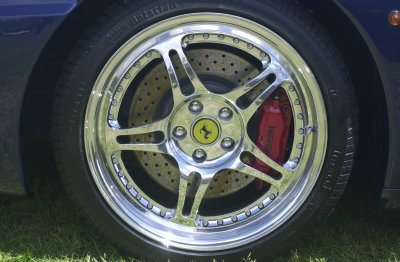