Ferraris on the left, biplanes on the right, beautiful people in the pool...
(click to enlarge) 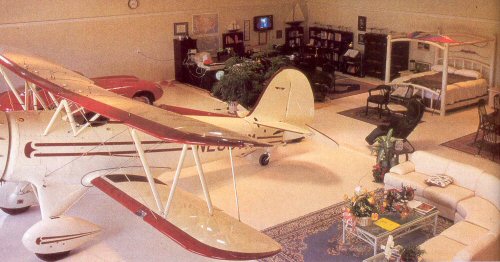 My biplane in my bedroom... the fantasy became real!
(click to enlarge)

The following story appeared in the British aviation magazine "Pilot", January 1999
(a full 21 months after the party!).
The author, Bernard Chabbert, is a well known French author.
Copyright 1999, Pilot Magazine.