The day started sunny but by noon a solid layer of low clouds blocked the sun and lay over the airfield, creating a muffled quiet, and precluding any fun in my biplane.

I returned to the museums at Duxford and continued to explore several of the remaining hangars and attractions I haven't yet visited.

One of the better attractions was the Hughes 3-axis Simulator which featured a 5-minute ride called "Space Race" which left me sweating and exhausted, but enjoying every second of it. It's amazing how real a video can be when synchronized with full 3D motion seating. This is the future of home entertainment!

I have several friends who would like to see this next photo. The sign said it is a Chance Vought FG-1D Corsair, but I always thought they were F4U Corsairs. Anyway it is one of the best planes ever built, and certainly one of the finest set of wings ever put on a plane. Does anyone know what country the markings on the side represent? Is it New Zealand, or Belgium, or what? 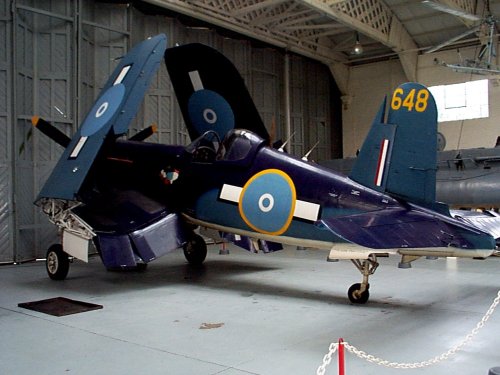 I have always liked the way the wings folded up on carrier-based aircraft, but I never saw a wing folded in two places, like this Fairey Gannet AS6. It was fitted with two Armstrong Siddeley "Double Mamba" turboprop engines mounted side-by-side driving two counter-rotating props, and with a crew of 3 was deployed for anti-submarine warfare. 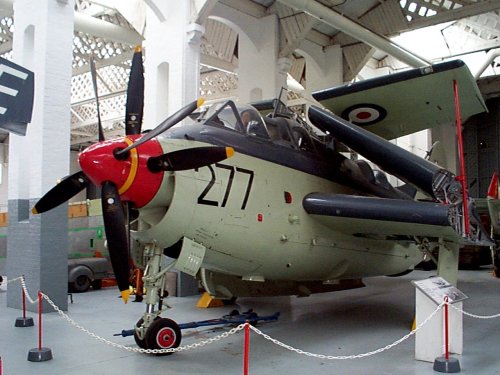 From the bizarre to the good-looking, here's a shot of the Blenheim bomber that served the British during WWII: 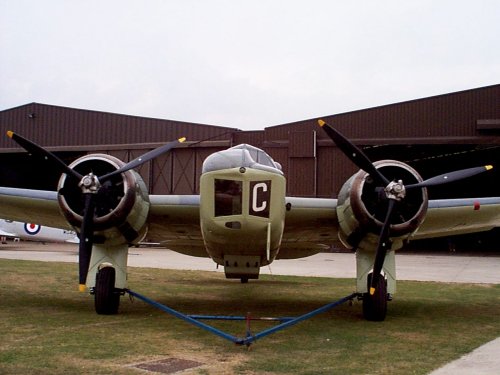 Tomorrow is the day I make final arrangements for my Spitfire flight on Saturday. I hope the weather holds. I'm really looking forward to this.