The rain in Paris has become so relentless that we have been working on a contingency plan: Go to the closest place on the planet where the sun is shining, and wait there until it clears up in Paris.

Sean consulted the local travel agent with the idea that we would go to Ibeza, a small island south of France, in the Mediterranean, which we understand to be the party capital of Europe this time of year. He came back with the news that Ibeza is already booked with celebrities and that there is no room for two more. However, Corsica is available.

Corsica? Where is that? It is an island in the Mediterranean, off the west coast of Italy. A French posession, (Napoleon stole it fair and square in 1750-something) with a decidedly Italian flair, it is less than two hours by air from Paris, and the sun is shining, guaranteed.

I called my new friend Helene Brillant in Nangis and was informed that the weather there was horrible, and that my plane was snug and safe in a hangar, and that it could stay there as long as I wanted. There was nothing to stop me now.

So it is that we have found ourselves in Corsica. When I woke up this morning I would never have imagined that we would be in Corsica in the afternoon. In fact, I could not have located Corsica on a map, not even on a bet. And now we are here. Life is amazing!

We were booked into the Hotel Roi Theodore, owned by a Swiss gentleman who decided to retire here and bought the hotel just 4 years ago. It was perfect, with a large pool, lush vegetation, clean rooms and quite reasonably priced compared to the astronomical prices in Paris. 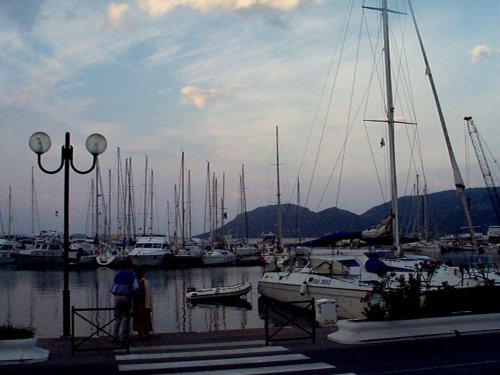 Dinner that night was at an outdoor cafe just across the street from the marina. The food was far below Parisian standards, and the service was awful. We were accompanied by great quantities of mosquitos who did not wait to be served, they just helped themselves to me, Sean, and everyone else in the place. We tried a local Corsican red wine, which was probably a mistake, because I woke in the middle of the night with a raging headache! 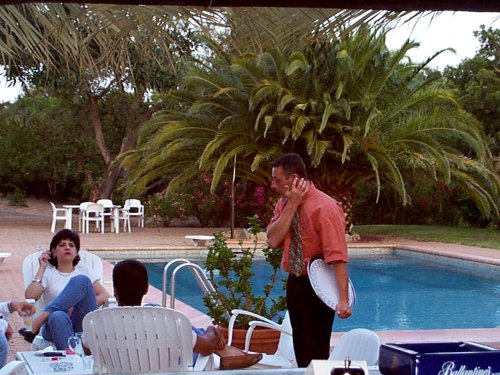 The mosquitos were everywhere, even in the room that night. I figured that the only way to trick them was to leave the TV on, with the sound down so I could sleep. They were attracted to the light from the TV, and stayed away from me.

Yet with all of these negatives, it was the first time in weeks that I felt warmth. It was delicious.

Tomorrow we explore more of the island, heading south to Bonifaccio, a larger village which is supposed to be the action capital of Corsica. Stay tuned!