The Politics of Michael McCafferty


I am completely apolitical.
I'm not running for office, and I never will.
I don't want to be President of the United States.

Actually, I feel my Fate is much broader.
I use the term Global Dominator to indicate geographic scope,
but I feel that Dominator is too harsh.


I see it more as Global Benefactor with Ultimate Responsibility.
The Dominator part only comes in when somebody has to make the hard decisions.
For example:

Annual Salary for Global Dominator Job:
About the same as a good school teacher. See Education, below.

Education:
We expect the best from our teachers, so we should pay them a lot more.
Free computers for all children (see OLPC.com).

Energy:
Increase MPG for all cars. Develop wind, solar, gravity, and others.

Drugs:
The government should legalize all sorts of drugs now considered illegal.
This would result in massive reduction of drug related crime.
The money we spend to fight these crimes we could spend to counsel addicts and help them get off the drugs.

Taxes:
Flat tax, same percentage for everyone, rich or poor, everyone equal.
No loopholes, no exceptions. Everyone pays, even churches.

Marriage:
Remove government controls on Marriage/Divorce.
Allow people to marry a door knob if they want, or a sheep, or anything else,
including another person of the same sex.

Abortion & Euthanasia:
Allow individuals to decide what they want to do with their bodies.
This includes pregnant women and terminally ill.

Stem cell research:
Allow it, but don't fund it. Business can do that.

NASA:
Eliminate it.
Business can take over from here,
just like DARPA handing the internet over to business.

War:
No more war. That's enough, already! Just stop.
If you don't stop, we will gang up on you and put a stop to your war.

New Improved Democracy:
If our founding fathers had tools such as computers and the internet,
Democracy would probably look a lot different.
Read more about how things could work out a lot better for all of us:
D2: A Proposal for the Improvement of Democracy.


A lot of this stuff is just Common Sense.
We get stuck with Paralysis by Analysis, Special Interests, and Corruption.


A Global Dominator could a get a lot of good done.
Some decisions might work.
Some might need rethinking.
Hey, even a Global Dominator would be human, I mean, it's not like he's the pope!
:)

It would be a tough job, being Global Dominator,
so being basically lazy,
and preferring my hammock to anything like work,
I would never "run" for the job,
but with the combination of
the rapidly deteriorating situation on this planet,
and the continuous increase in my own Legend,
I feel confident that sooner or later there will be a Global Uprising,
a Leader will be sought out,
and,
as one,
they will come to the only logical conclusion:


"Hey, what about Fast Mikie?"


As a pool shooter,
you have to make quick decisions,
stay focused on the goal,
follow through,
play according to the rules,
and share Love of the Game, and Life.

I am virtually impervious to corruption, because I don't need the money,
and because I have no ambition for myself beyond enjoying the passage of Time.

When it gets really nasty out there in the Real World,
and you need a good man to be Global Dominator,
remember: I'll be in my hammock, or shooting pool,
here at Mikie's Fun House, in Del Mar, California.
I'll be waiting... 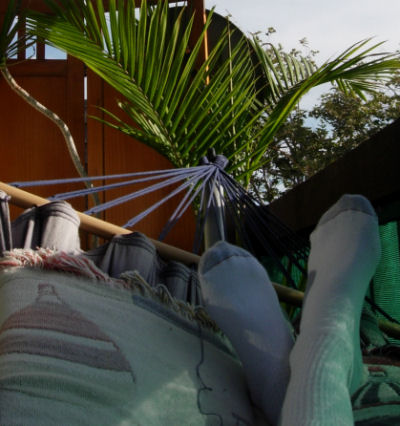